DISPARITAS: Latin dis (negative) paritas (parity) Disparity is a canon by which our lives are formulated. We establish associations that provide a sense of place, an understanding of social order and disorder. This body of photographs is a study of disparities of perception, culture, and comprehension. From my home country of Perù, I had a series of images that represented a disparity to other series of works in which I had been involved. These images are personal metaphors of my culture, country, city, and self. They are charged with sensual energy as spontaneous symbols of spiritual iconography. They convey a drama related to my original culture. Moving from Perù to New York, I found everything to be different. Chairs were different. The light was different. My sensual responses were altered. In New Orleans I found a city that looked and sometimes smelled like my home city of Lima. These similarities alerted my sensations to the two cultures that nurture me. These are questions I had regarding the consequences of cultures relative to the images I photographed. I recognized a duality in imagery referencing these two cultures. I assembled one image from the Latin culture of my origin and the second image from my experiences in this Anglo-Saxon culture. I began to find further possibilities of relationships as I experimented with the coupling of images. A reciprocal relationship developed; sometimes a dichotomy, and other times a dialectic relationship was established. As I pushed the possibilities of image couplings, a simultaneousness occurred in my thought processes. I realized the possibility that many of these images are the same thought or sensations, yet they are photographed from different points in time and place. This image-coupling created a triangle with the matchmaker (the photographer/viewer) as the essential third element. My emphasis became that of making subjective associations regarding the visual and sensual experience, thus enabling me to formulate appropriate questions regarding disparities of time, culture, and emotion. The dual image is appropriate to furthering my exploration. Photographic images, I have found, are ambiguous in their possibilities of interpretation. The image-coupling further this ambiguity by offering a dialectic of disparities. Fernando La Rosa, New Orleans, 1989 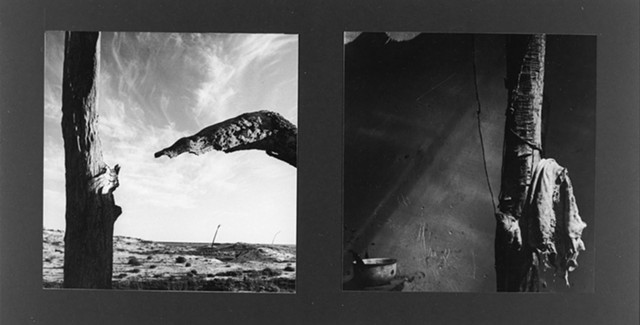 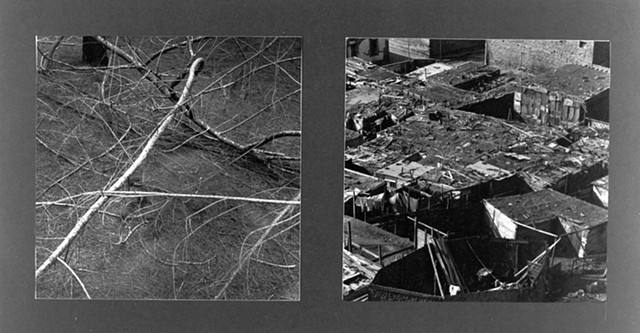 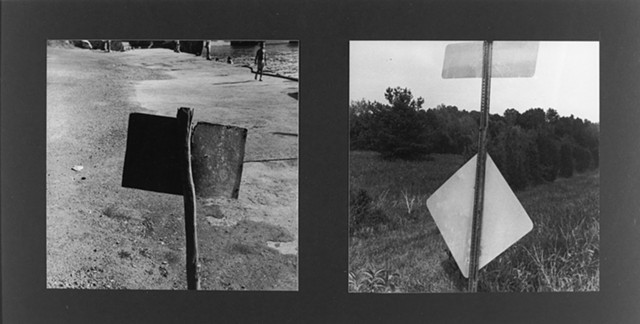 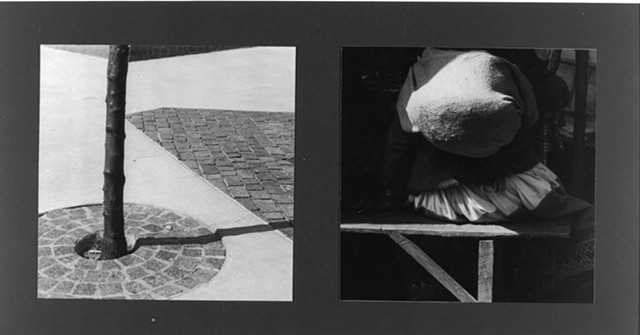 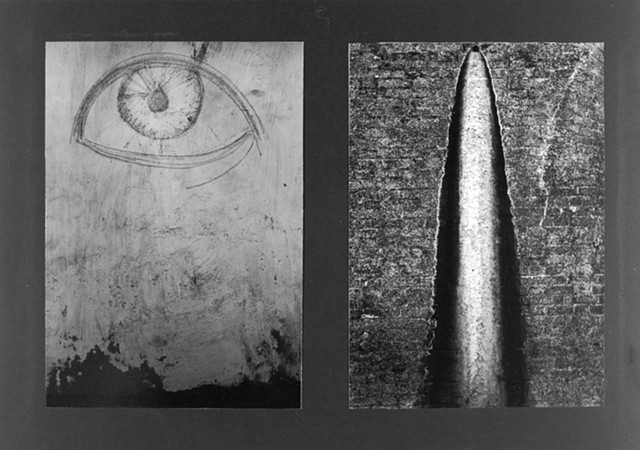 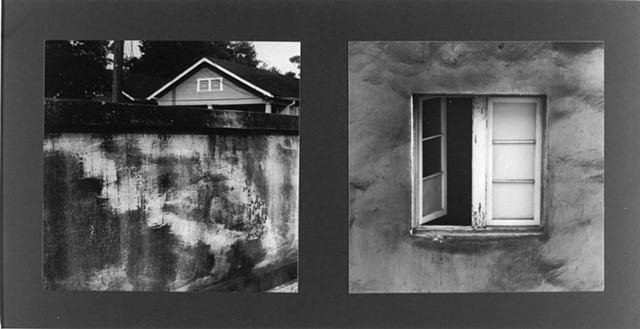 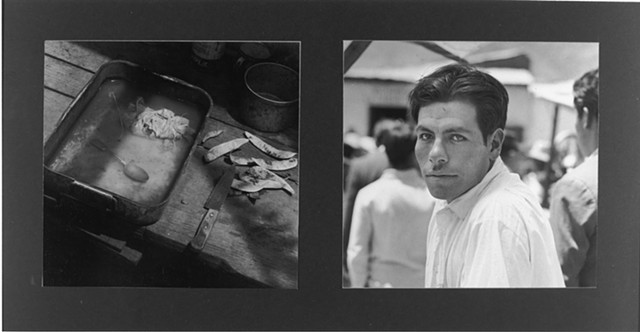 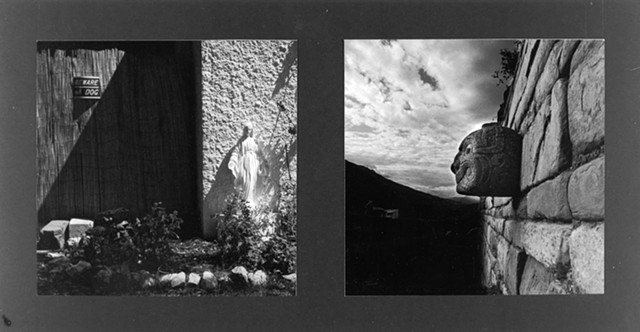 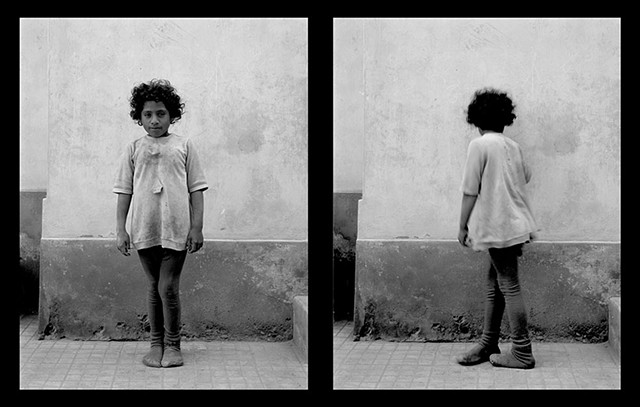