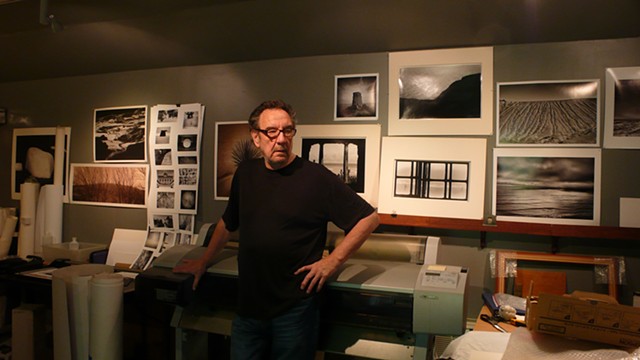 Fernando La Rosa dedicated more than 45 years to photography, as an artist and educator. In 1961-64, Fernando studied at the Escuela Nacional de Bellas Artes, in Lima, Perú. In 1973, he studied under the tutelage of renowned photographer, Minor White in Boston. Returning to Lima, Fernando established the first gallery and school in Perú dedicated to photography, curating exhibitions of internationally recognized photographers such as Aaron Siskind and Harry Callahan, hosting symposia and publishing a series of texts on photography – “Secuencia Textos”. In 1977, at Secuencia, Fernando organized the first solo exhibition in Lima of Peruvian photographer Martin Chambi, whose early 20th photographs of Machu Picchu inspired La Rosa’s interest in photographing archeological sites. In 1979, La Rosa, left Lima for New York, where he taught photography with Parson’s School of Design, and later at their affiliated location in Altos de Chavon in the Dominican Republic. Subsequently, he taught photography at Tulane University in New Orleans, Sookmyung University in Seoul, South Korea, and at Wesleyan College in Macon, Georgia.

La Rosa began exhibiting his photographs in 1974. His his first solo exhibition was at Galeria Forum in Lima in 1975. In addition to exhibitions of his work in Perú, La Rosa exhibited extensively in the United States, and in numerous other countries. In 2008, the Instituto Cultural Peruano y Norteamericano in Lima, held a major retrospective of La Rosa’s photography, from 1968-2007. Following his death, there were memorial exhibitions of his photography at El Centro de la Imagen and the Lima Photo in homage to his significant contributions toward establishing photography as a major art form in Perú.

Requests for any manner of use of the works of art, photographs, or texts by Fernando La Rosa should be directed to the Artists Rights Society (ARSNY). Requests for high-resolution images may be initiated via the contact form located on this website, and addressed to Frances de La Rosa